When Christian leaders allowed Gucci to turn Westminster Abbey into a runway from which to market expensive clothing and accessories made from the skins of abused animals to the world’s richest citizens, the church found itself at the center of a debate about Christians’ responsibilities with regard to caring for God’s creation. 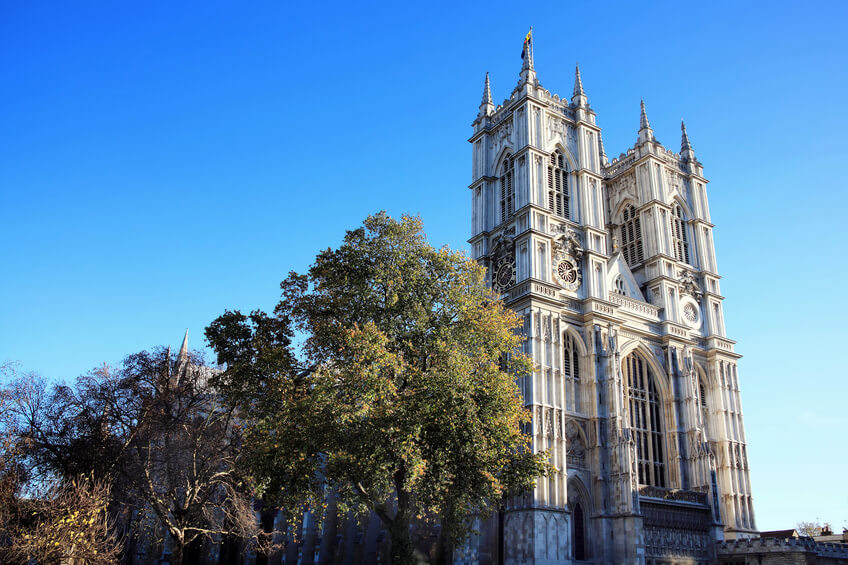 The debate began when PETA U.K. sent an urgent letter to the Archbishop of Canterbury. PETA U.K. pointed out that Gucci sells clothes and accessories made from minks, cows, ostriches, crocodiles, snakes, eels, and other animals who are tortured and killed in grotesque and painful ways for their skins and requested that he stop the show. The Abbey allowed the show to go on but has issued a statement indicating that it has no plans to host similar events in the future. We would hope not. Religious leaders said that before PETA U.K.’s protest, they had not considered the ethics of displaying exotic animal skins. Now, they must.

David Clough, professor of theological ethics at the University of Chester, asserts that Christians have reached “a tipping point.” In a piece published by Christian resource site Psephizo, he examines what the Bible says about our relationship to animals.

The following was originally published on Psephizo on June 8:

Last week, Westminster Abbey found itself in the midst of an unusual controversy. Controversial enough for the Abbey to be hosting a high fashion show, but then People for the Ethical Treatment of Animals wrote to the Archbishop of Canterbury pointing out that Gucci, one of the exhibitors, were likely to be exhibiting fashion products made from the skins of exotic animals. Who’d be an Abbey or Cathedral Dean?

The Abbey tells me that they didn’t give any consideration to the ethics of displaying products made from exotic animal skins in advance of the show. Perhaps they were too busy responding to other ethical questions concerning whether a place of worship should derive income from the marketing of luxury goods to the hyper-rich. The Abbey tells me they have no plans to stage similar events in the future, so perhaps they’re hoping not to be confronted with the issue again. But how should Christians respond to a challenge such as that from PETA? Should Christians avoid products derived from exotic animal skins, and fur?

One immediate response might be that Christians have more important things to think about, such as sharing the good news of Jesus Christ, or responding to situations where humans are in dire need. So it’s interesting to note that evangelical Christians in the eighteenth and nineteenth century didn’t see things that way. John Wesley preached against cruelty towards animals in his famous sermon on Romans 8, “The General Deliverance.” In a video on Evangelicals and Animals for St John’s School of Mission, Philip Sampson shows that Calvin, Baxter, Spurgeon, and many other evangelicals had similar concerns.

In the early nineteenth century, William Wilberforce joined with other Christians and a prominent Jew to campaign for the first laws against cruelty to animals and to set up the Society for the Protection of Animals, later the RSPCA. And Christians were the most prominent opponents of the cruelties of vivisection in the late nineteenth century, against Darwin, Huxley, and their followers, who wanted scientists to be able to vivisect animals without restriction.

So what inspired our Christian forebears to make the connection between their faith and concern for animals? The settled Christian view from the fifteenth to the nineteenth centuries is represented in an early fifteenth-century commentary on the Ten Commandments I recently came across, “Dives and Pauper,” which discusses whether animals are included under the prohibition “Thou shalt not kill.” It concludes that Genesis 9 gives humans permission to kill animals where necessary, but that they should not be treated cruelly, “For God that made all has care of all, and he shall take vengeance on all that misuse his creatures.” It concludes that “therefore men should have compassion on beast and bird and not harm them without cause and have regard for the fact that they are God’s creatures …” and that those who torment animals or birds for cruelty or vanity “sin most grievously.”

It is not a big step from this fifteenth century perspective to a Christian evaluation of what Gucci is doing in using exotic animals for its luxury fashion items. It turns out that snakes, alligators, and crocodiles often have their skins removed while they are still alive. Animals raised for fur are often left mutilated to suffer in traps, or farmed in barren cages in poor welfare conditions that led to the banning of fur farming in the UK. The cruelty inflicted on animals to produce fashionable accessories is the clearest possible example of tormenting animals for human vanity. Christians should have no part of this, as the church knew at least 600 years ago. Abbeys and other churches should not promote these products, and Christians should not purchase them.

So far, so uncontroversial, perhaps, but those of us who don’t buy crocodile handbags or mink coats should consider what is a daily practice for most of us that inflicts wholly unnecessary cruelties on vastly more of God’s animal creatures. Could it be that Christians need to think more widely about the implications of their faith for the intensive farming of animals? Here male day-old chicks are dropped into a mincer because they are no use to the egg industry. Here chickens raised for meat have been re-engineered to reach slaughter weight in 35 days, spent in huge windowless sheds, with their immature legs painfully struggling to support their outsize bodies. Here pigs have their tails cut off because they would otherwise torment each other by biting in the bare sheds in which they are raised before being transported for slaughter. I am convinced our predecessors in faith would be shocked at this vast range of unnecessary cruelty in which we are complicit through the food we choose to eat.

Perhaps it’s time for the church to think again about its attitudes to God’s animal creatures. There are signs that it’s happening already. Last year, Pope Francis’s encyclical Laudato Si called Christians to recognize the value of each of God’s creatures, and major US evangelical denominations, including the Southern Baptists, signed up to the Evangelical Statement on Responsible Care for Animals that commits Christians to “treat all animals as living valued creatures, deserving of compassion, because they ultimately belong to God.”

It seems to me that we’re at a tipping point, in which twenty-first century Christians could rediscover a care for God’s animal creatures that the church once knew was part of its mission.

Gucci’s show at Westminster Abbey was a product of greed and egregious acts of cruelty to animals. And yet, it could end up being the very thing that causes many Christians to re-evaluate their role in keeping God’s commandment to be stewards of His creation.