Earlier today, volunteers stood outside a prayer service for the 64th annual National Day of Prayer at the Capitol, passing out our “Animal Protection and the Bible” leaflets and holding posters featuring the words “Hear Their Cries. Go Vegan” alongside images of animals abused for food, clothing, experiments, and entertainment. Why? We want to encourage Christians to choose a Kingdom-orientated diet—meaning a vegan one. 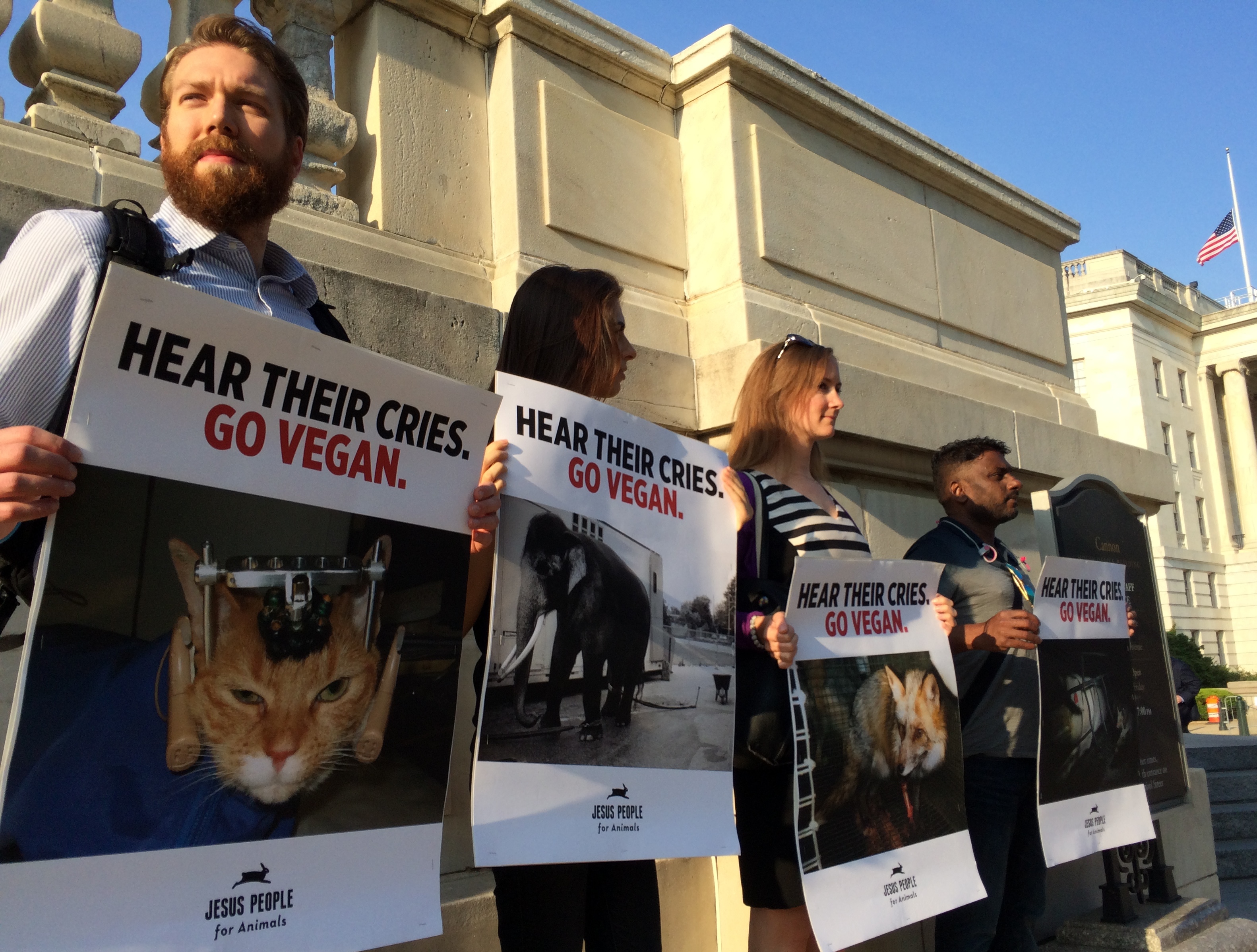 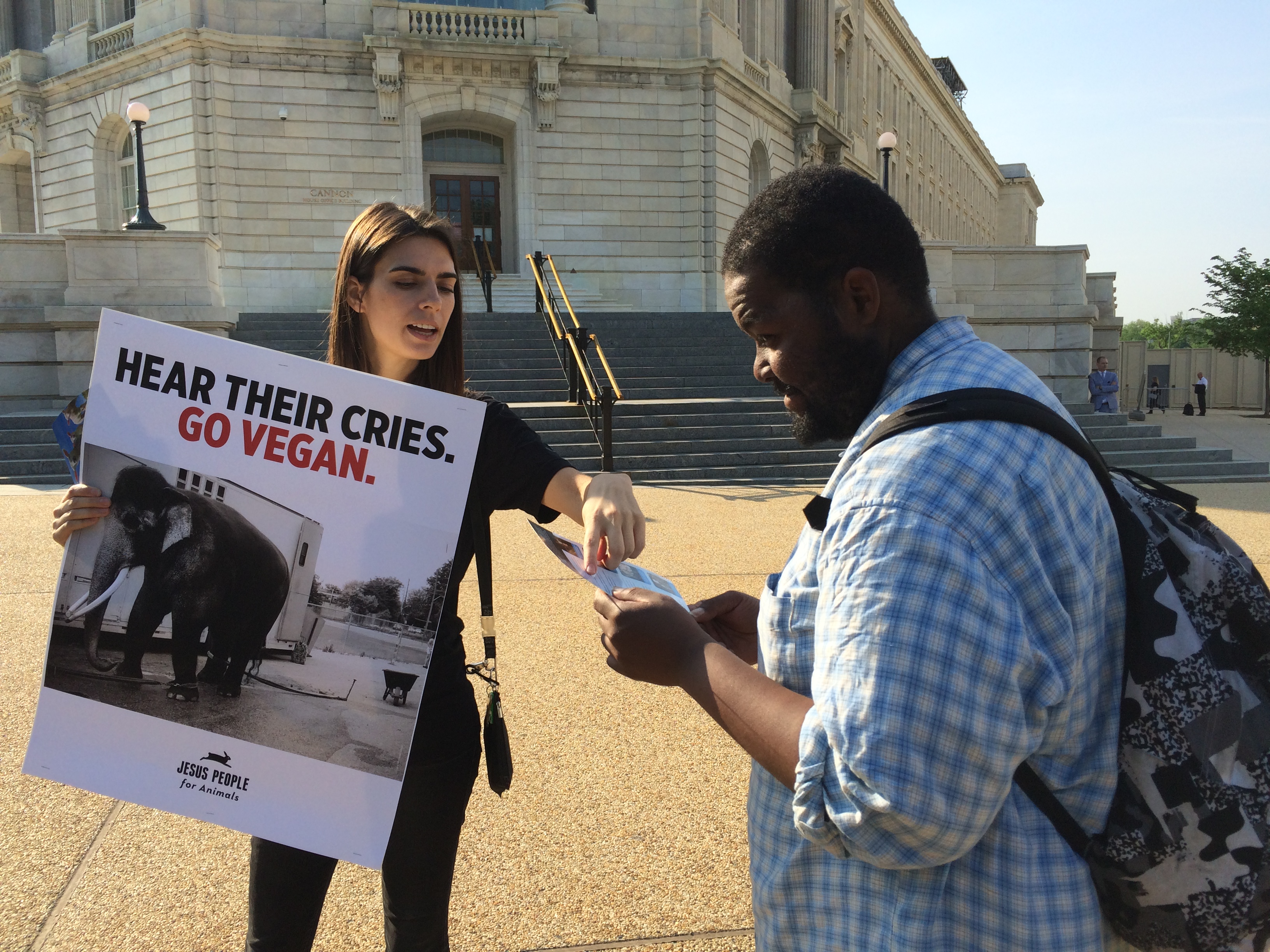 Christians have been called to pay particular attention to the vulnerable, oppressed, and disenfranchised—which includes animals on farms who are kept in cages so small that they can’t even turn around, foxes slated to be skinned alive for fur coats, millions of animals who have had holes drilled into their heads or chemicals pumped into their bodies in laboratory experiments, and elephants who are beaten to force them to “entertain” humans.

Want to get involved and help animals? E-mail us and order a FREE vegan starter kit today.