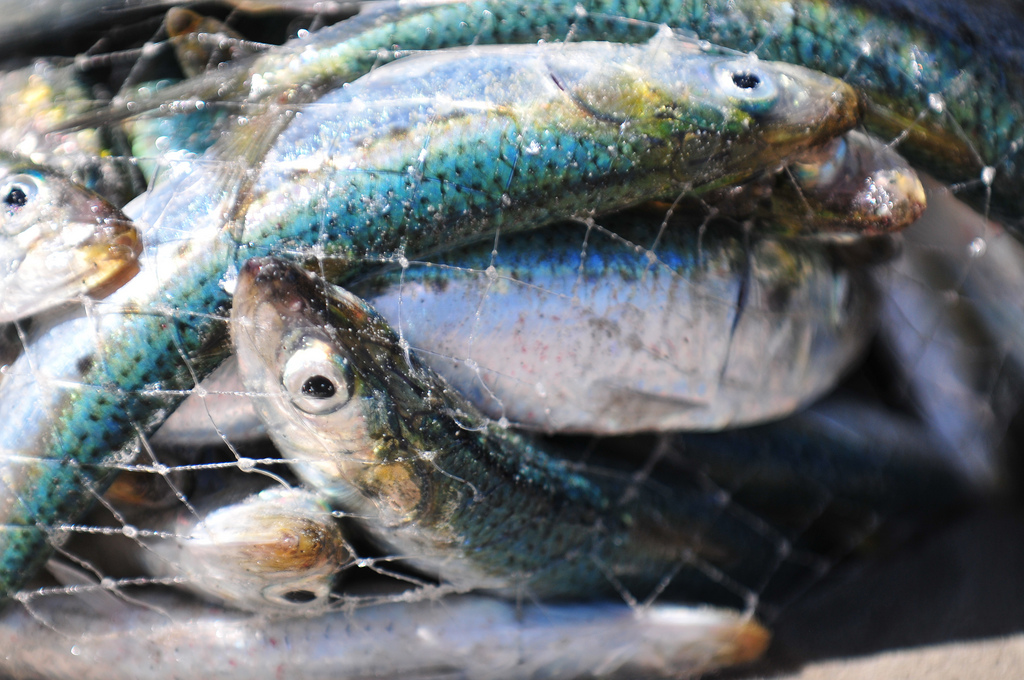 If you’re a Christian who follows a vegetarian or vegan diet, you may have heard this defensive response from fellow meat-eating believers: “But Jesus wasn’t a vegan. He ate fish!” Although there are stories throughout the Bible that appear to suggest that Jesus ate fish, there has been serious theological debate as to whether he actually did or if the word “fish” is a mistranslation. For an excellent, in-depth exploration of this issue, we highly recommend the article “Didn’t Jesus Eat Fish” by Andy Alexis-Baker, in A Faith Embracing All Creatures (Cascade Books, 2012).

We may never know for certain whether or not Jesus ate fish, but there are two things that we do know for sure: 1) In today’s world of endless choices, it’s simply unnecessary for most of us to kill animals in order to survive, and 2) today’s vast and cruel animal agriculture industry looks nothing like the fishing and farming practices of first-century Palestine.

Commercial fishing is cruelty to animals on a colossal scale, killing hundreds of billions of animals worldwide every year—far more than any other industry. Scientists have found that sharks, sea turtles, birds, seals, whales, and other “nontarget” fish become entangled in and are killed by industry fishing nets. In the United States, 40 percent of the fish sold in supermarkets come from aqua farms, which raise fish in filthy, severely crowded enclosures that leave many suffering from parasitic infections, diseases, and debilitating injuries. Conditions on some farms are often so horrendous that 40 percent of the fish die before farmers can package them for food. Those who survive are starved before they’re sent to slaughter in order to reduce waste contamination of the water during transport. Salmon, for example, are starved for 10 full days. And because fish receive no legal protection from cruel treatment, when it comes time for slaughter, these intelligent and complex animals are often impaled, crushed, suffocated, or sliced open and gutted while they’re still conscious.

Not only is the mistreatment of aquatic animals devastating to any compassionate person, the overfishing of our oceans today is an ecological disaster. Today’s commercial fishers use massive ships the size of football fields and advanced electronic equipment to track fish. These enormous vessels can stay out at sea for as long as six months, storing thousands of tons of fish onboard in massive freezer compartments. This industry has decimated our ocean ecosystems. In fact, 90 percent of large fish populations have been exterminated in the past 50 years. One study by marine scientists concluded that continued overfishing of the world’s fish stocks will cause “100% of species [to] collapse by the year 2048.”

Jesus, whose very nature is to love, would be horrified by today’s factory-farming practices. Aquatic animals aren’t the only victims—other animals raised for food are castrated, have their beaks chopped off, have their horns carved out of their skulls, have brands burned into their skin, and more, all without any painkillers. At the slaughterhouse, they’re shackled and their throats are cut, often while they’re still conscious and able to feel pain. Alexis-Baker points out that, Jesus calls his followers to imitate him in service, love, and compassion, but “there is no place in the Gospels where Jesus commands us to eat, catch, and cook what he did—except of course in the celebration of the Last Supper, in which he replaced animal flesh with plant-based food.” (A Faith Embracing All Creatures, page 69).

In today’s world, eating animals is inconsistent with Jesus’ teachings—particularly his love for those whom society has rejected, marginalized, and oppressed. The best way for us to imitate Christ’s love for animals is to adopt a vegan diet.