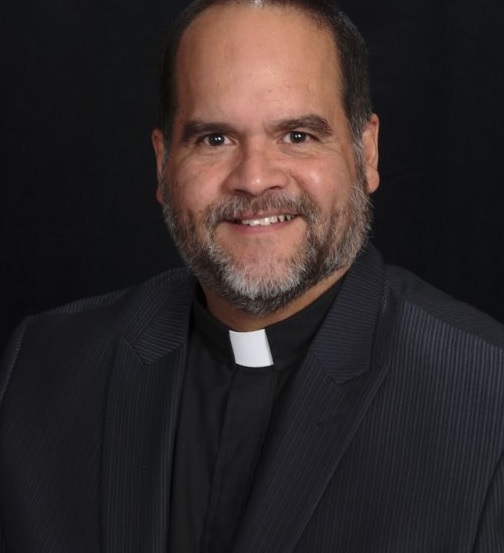 Carlos L. Malavé is a follower of Jesus and executive director of Christian Churches Together in the USA.

Tell us a little about why you decided to adopt a vegetarian diet and what that transition was like for you.

My transition to vegetarianism happened in two stages. I first started back in 1980 and kept my vegetarian diet until about 1988. What moved me to be a vegetarian in the first place was my adherence to the teachings of the Seventh-day Adventist (SDA) Church. After those many years, I decided that my reason for being a vegetarian then was not the correct one. The SDA Church teaches that a vegetarian diet will ultimately help you to become holier. I had a very legalistic reason, even though they also stress the health benefits.

I stopped being a vegetarian from 1988 to 2005. During a few years leading to my renewed decision in 2005, I began to develop a new understanding on the sanctity of life, including the sanctity of animal life. One thing that I learned during my time in the SDA church was that the original diet given to humans by their Creator, according to scriptures, was a vegetarian one. It was because of the effects of sin in the world that God allowed humans to eat animals, although with certain restrictions.

I do not believe that people who eat animals are more sinful than those who don’t. But at the same time, I believe that inflicting violence and killing any living creature is a violation of God’s original design. I believe there are clear connections between violence against animals (and humans) and our journey towards peace and eternal life. Most people are surprised to know that when I decided to become a vegetarian, on both occasions, it was only a one-day decision. I was able to just stop eating meat from one day to the other.

In the Book of Genesis, God instructs humanity to be stewards of animals. How would you describe what this means for Christians?

As I said previously, God’s original diet did not include animals. “And God said, Behold, I have given you every herb yielding seed, which is upon the face of all the earth, and every tree, in which is the fruit of a tree yielding seed; to you it shall be for food” (Genesis 1:29). It was only after the flood that animals were allowed as food.

Nevertheless, this is not an easy question. Many who are fine with eating animals may argue that they can be good stewards by consuming less meat, treating animals with dignity, and killing them in a “humane way.”

I think we must look into this by understanding death from a biblical perspective. Christians traditionally believe that death came as a result of sin, which means that death is not something God desires. Death is alien to God’s plan for humanity and creation. If that is the case, Christians should always seek to promote life. We see in the book of Revelation the image of “the wolf and the lamb” living together in harmony. In God’s perfect world, there will be no death.

What do you think Jesus—a man who demonstrated what a life of compassion, mercy, and forgiveness looks like—would say about today’s farming practices?

I tend, as much as possible, not to put words in Jesus’ mouth. But looking at it from another perspective, since I believe the spirit of Jesus is in us, we can actually discern His spirit. The damage that current corporate farming practices do to our environment are inexcusable. I suppose most people are accomplices in this.

Interestingly enough, I remember that a relative of mine used to argue with me that Jesus was never a vegetarian. Even though meat was probably part of Jesus’ diet, he simply lived in his historical context. I’m sure that he trusted that his future followers would be able to discern God’s heart on issues like this and that we would in time respond to the ethical and moral challenges of our own time (such as the industrialization of farming).

How do you think animals fit in with the Christian call to advocate for the marginalized and vulnerable?

We are not only violating the natural state of the Earth but also violating moral and ethical principles by the way we are mistreating and abusing animals. As someone who is actively involved in eradicating hunger and poverty, I could have the opinion or excuse and say that these are issues more important than how we treat animals. But I see a direct correlation between how we disregard animals and the Earth and how we disregard the plight of the poor and the hungry. The same profound respect for God’s gift of life will inform the way we treat humans, but also the rest of creation. Another aspect of the negative effects of the industrialization of farming is the promotion of cheap labor, which is one of the primary causes of poverty.

A big part of your passion is unifying churches with different theological perspectives. How do you think we can start bringing churches together on the issue of animal suffering?

I think we can help different streams of the church look at this from each of their vantage places. We can help Evangelicals and Pentecostals understand the concept of the sanctity of all life, which should include all of God’s creatures. At the same time, we can continue to encourage progressives in their advocacy for more responsible farming practices. I believe that the increasing understanding of the church on our responsibility towards the care and well-being of the Earth will continue to make progress. My hope is that the newer generations will continue to develop a better understanding of these issues and their relation to ethics and also spirituality.

Check out more testimonies and interviews with Christians and church leaders.